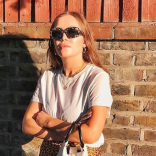 The Sustainable Accessory Labels To Invest in Now

MPs have passed a commons motion to declare a national environment and climate change emergency. The proposal, although not legally binding, was tabled by Labour leader Jeremy Corbyn and passed without a vote.

This landmark decision comes after the Scottish and Welsh governments have already declared a climate emergency, as well as a number of cities including Manchester and London.

Sustainable and social justice activist, Francessca Willow, who reports on these issues at her blog, ethicalunicorn.com, said in response to the news: “I’m really happy, I literally cried for about half an hour last night because I couldn’t believe someone actually listened to protests because sometimes it feels like you’re banging your head against a brick wall so I do feel happy and I do feel hopeful.”

The move follows the various protests organised by climate breakdown group Extinction Rebellion which saw the activists camp out at Oxford Circus, stage a naked protest at the House of Commons and disrupt the third day of London Fashion Week in February.

During the protest that took place at London Fashion Week, the group highlighted the damaging effects of the current unsustainable rate of fashion consumption and urged the organising body of LFW, The British Fashion Council, to declare a climate emergency. Members of the group later blocked Oxford Circus and staged a catwalk show that showcased the harmful effects of throwaway fashion on the environment.

By declaring a climate emergency, MPs call on the government to meet the target of reducing carbon emissions by 80 percent by the year 2050. As there is no definitive definition on what a climate emergency entails, other areas have pledged to be carbon neutral as early as 2030.

“This is an incredible first step and hopefully it will push other governments but also now we need to act on this,” said Willow.

Fast fashion brand H&M have set the goal of becoming climate positive by 2040 throughout its entire H&M Group value chain. The high-street giant is also committed to using 100 percent renewable energy across its own operations.

In response to the declaration of a climate emergency by Parliament, Extinction Rebellion have released a statement which highlights the urgent need for change. The group states that the set target to reduce carbon emissions by in the Committee on Climate Change report, is not ambitious enough. The Committee on Climate Change exist to provide independent advice to the government on preparing for climate change.

Laura Greenwood, a member of Extincition Rebellion said in a statement: “It is time to stop thinking about what is ‘feasible’ – now is the time to do what is necessary. We are at a pivotal moment for human civilisation. We say: “We choose to save our home, the Earth’.”

Citing the recent positive shift in public attitudes to climate change, Extinction Rebellion have declared that the government should aim to reduce the UK’s carbon emissions to net zero by 2025, as the goal of 2050 is not urgent enough.

“The issue isn’t going away, neither are we. We call all to find their power and to act,” Greenwood continued.

In the face of pressure from the activist group, the Committee on Climate Change report advises that the UK should not set a goal to reach net-zero carbon emissions any earlier than 2050. The report states that although some sectors could reach this target earlier, as H&M plans to, 2050 appears to be the earliest credible date.

Willow remains hopeful in light of the move but knows that the UK declaring a climate emergency is just the tip of the iceberg. “I’m hopeful that it’s going to provide change within our own country which definitely feels more in reach but also push a lot of other people around the world to change.”

The activist recently penned an article on her social justice and sustainable living blog, ethicalunicorn.com which lists the steps that the public can take now that a climate emergency has been declared in the UK.

Despite the promising news however, environmental organisation Greenpeace, who have already published a report which details how the Government should act on the climate emergency, have stated that the Government is refusing to act on the vote.

The organisation is now planning to send an unmissable message to the Government in response. 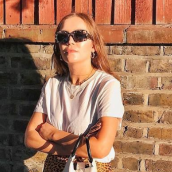 Follow us on Twitter
Vintage lover and visual merchandiser Amelie Rousseau walks us through her wardrobe and her eclectic sustainable st… https://t.co/EzZc8zAex6
1 year ago
Want to update your wardrobe this spring/summer? Look no further than our round up of the conscious clothing brands… https://t.co/EJ1QOHF7hc
1 year ago
Going Green or Just Greenwashing? We take a look at the high-street's biggest offenders, read the full article here… https://t.co/WF7UsdiB3a
1 year ago
View Comments (0)